Organized by the Royal Ocean Racing Club, Rolex Fastnet Race is a difficult contest testing both inshore and offshore skills, as well as preparation of the yacht and the crew. The 611 mile long course takes the competing yachts from the starting line in Cowes on the Isle of Wight towards the Fastnet Rock southwest of Ireland in the Atlantic Ocean, back around the outside of the Isles of Scilly located southwest of England, to the finish line in Plymouth, England. On their way, the competing yachts pass many coastal landmarks including the Needles, Portland Bill, Start Point, the Lizard, Land’s End, the previously mentioned Fastnet Rock and Bishop’s Rock. Despite its scenic views, the succession of low pressure systems above the North Atlantic Ocean give constantly moving weather patterns which navigators have to plan upon.

The rules of the bi-annual race have been upon the initiative of the organizing club altered in 2011 and sailors in all 'professional' offshore classes are invited to compete under their own class rules, over and above the IRC fleet, entries of which are limited to 300. The rule proved as successful, as now the last two editions of the Rolex Fastnet Race resulted in the most diverse selection of yachts ever assembled in a single offshore yacht race and attracted many high-profile international racing teams to compete.

In the 2013 season, the Esimit Europa 2 for the first time sailed into the Atlantic Ocean and took line honours among all monohull yachts that tackled the light winds which accompanied this year’s race. Elapsed time of Esimit Europa 2 as the first yacht crossing the finish line in Plymouth was 60 hours and 27 minutes. 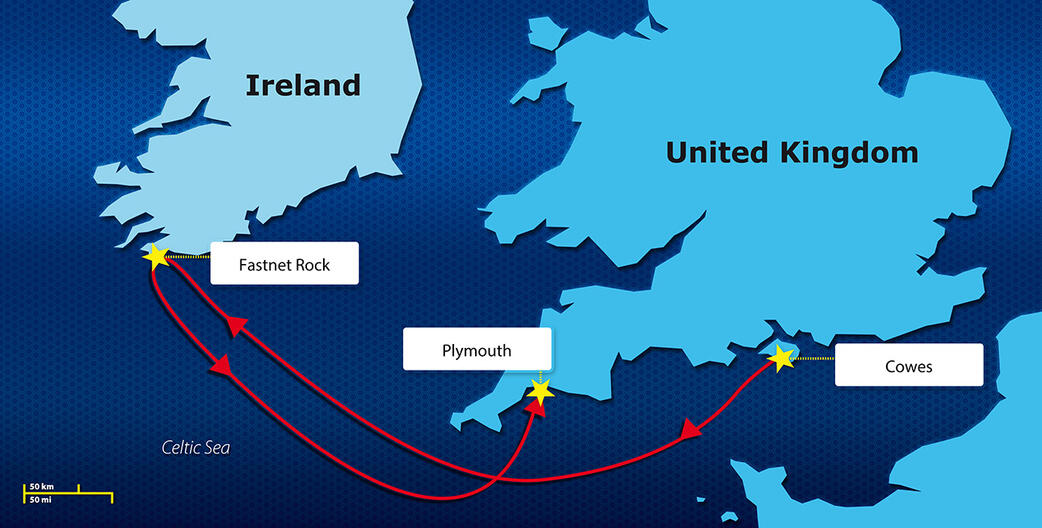